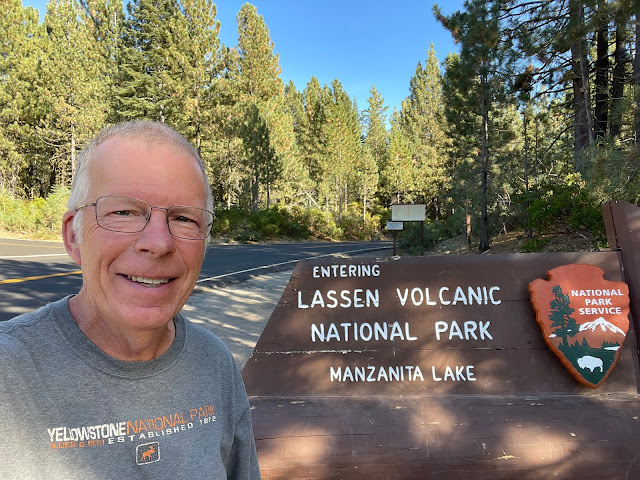 Well, this one is way late in coming and I should have written some other stuff in here many months ago.  But that's water under the bridge and so seven months have gone by since I've written here. It's not like I haven't been motivated, but I just never got around to it and this has languished long enough.

So why all of a sudden am I writing today?  Well, P.J.'s photo blog challenge for this past month was the theme "Road Trip" and I did go on a road trip last month where I actually took some photos, so it made it easy to get back into the swing of things.

When I retired three years ago, I set several goals that I wanted to accomplish so it wouldn't get stagnant. One was to visit or do one new thing each year. The second was to have at least one overnighter somewhere each month. It didn't necessarily have to be a camping overnighter, but just somewhere different each month.

It was going fairly well, but then the pandemic hit and everything fell apart. But recently, I'm been getting back into the swing of those goals. And I will be the first to admit, that it's easy to come up with an excuse to take off for a long road trip. 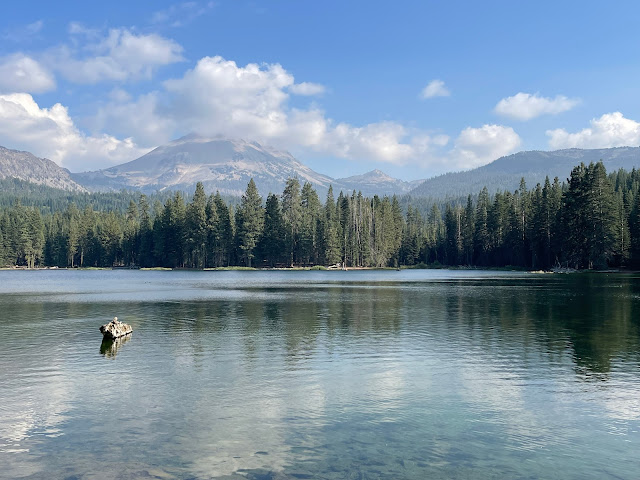 "Honey, I'm going up to visit the grand baby."  And so I go, although both of us went up in April for Easter, but I went up by myself to visit her in July.  June, I did a road trip up the Owens Valley on the east side of the Sierra for a lot of really good geocaching.  July, the grand baby came down here for three weeks and then we turned around and went up there for another week. Why? Because we could. August, I did another short backpacking trip in the Sierra and that brings us to this month.

I looked at the calendar and the weather forecast and it was going to be hot down here, so I decided to head up to visit the grand baby again, then head up to Lassen Volcanic National Park. I've visited this park many times in the past and seven years ago I accomplished a bucket list item by summiting Mt. Lassen in June 2015. So why go back? It's one of the least visited national parks in the lower 48 states, so there's a lot of peace and quiet, especially if you go during the week. My plan was taking me there on a Tuesday and leaving on a Friday before the weekend crowds come in. Second, because it was already mid-September, the crowds were going to be even smaller during the week, because school is back in session so there wouldn't be as many vacationers out. 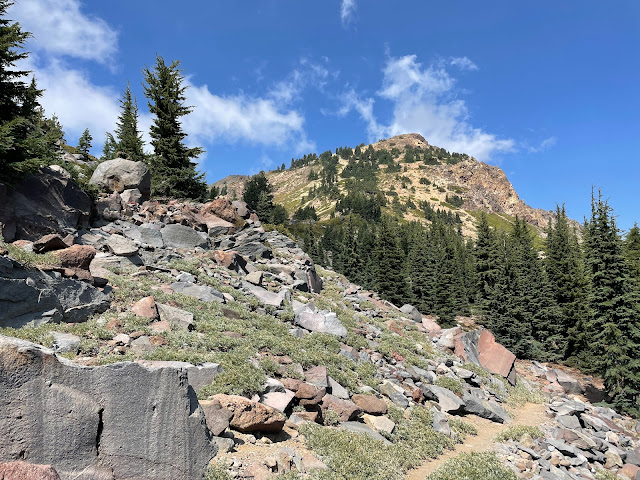 Third, it's a beautiful park with some fascinating geology, plus there were a couple of new geocaches (a virtual cache and an earthcache) hidden since the last time I was there and because you know I love to go geocaching, that seemed like a no-brainer.

My long hike day I'd set apart for myself dawned crisp and cold. Temperatures were down in the mid 30s overnight, but it warmed up nicely during the day.  I drove around the mountain and went down to the trailhead for Brokeoff Mountain, which is the second highest peak in the park at 9200 feet (2804 meters). The hike was a little bit over 3.4 miles (5.47 km) with an elevation gain of 2600 feet (792 meters). The third shot is of Brokeoff Mountain from the trail. The trail had some very nice shady spots and I had two small water crossings going up.  I ran into a total of 13 other people on the trail the entire day. Had I opted to go up to the top of Mt. Lassen instead, I probably would have encountered 3 times as many people. It was definitely a road not taken kind of adventure. 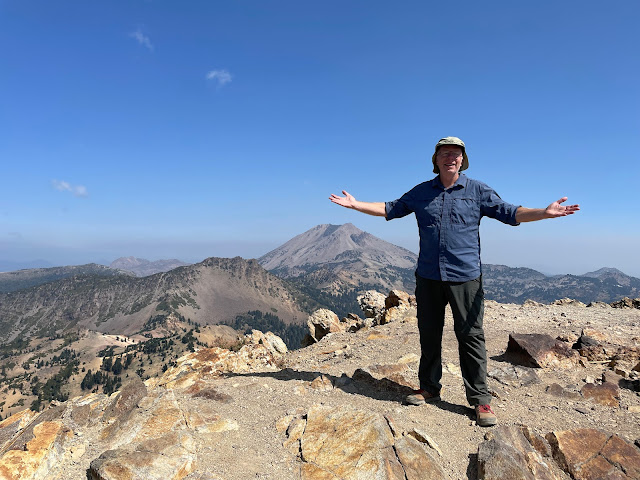 Brokeoff Mountain was my new thing for the year. In all of the years I'd been going to the park, I'd never taken that trail before. Of course, geocaching was to blame since there was the new virtual cache on the top of the mountain, which got me going. I probably would have gone to the top of Mt. Lassen again were it not for geocaching, but that's one of the reasons I really love geocaching. It takes me to a lot of places I might never have gone without it.

I'm not sure it's because of my age, or something else, but I felt like the hike up there was tougher than the hike to the top of Mt. Lassen.  Of course, I was seven years younger then, but still in my late 50s. After we got done with Mt. Lassen, my friend Craig and I then hiked out to Bumpass Hell. This time, I really wanted to go out to Bumpass Hell again, because the area really highlights the thermal features of the park, but once I got down off of the Brokeoff Mountain hike, I was pretty much spent. I headed back to my campground with no intentions of stopping elsewhere, at least to hike. 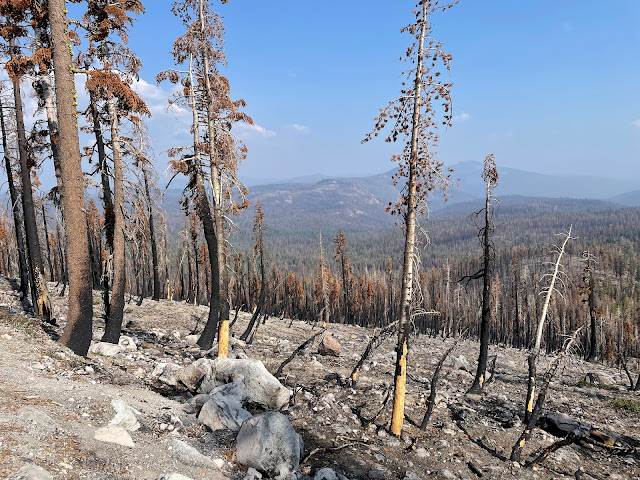 I did stop numerous times on the way back to the campground, however. Summer of 2021 was not a kind one to this park with regard to wildfires. The Dixie Fire burned about 64% of the park's eastern side and there was lots of evidence of the fire as I drove back around to my campground. In fact, the virtual cache at the top of Brokeoff Mountain had me taking compass readings of both Mt. Lassen and Mt. Shasta. As you can see by the shot of me at the top, taking a compass reading of Mt. Lassen was easy, but Mt. Shasta was more difficult to spot through the haze of not one, but two different wildfires that were between us and Mt. Shasta. Fire, it seems, is becoming more and more prevalent throughout the area.

What is really amazing, in my opinion, were the number of trees that survived the blaze.  It's not readily apparent in my last shot, but if you look closely, you can see quite a few individual trees that survived and will be the trees that help sustain this forest into the future, provided the area gets enough rain and snowfall. That being said, when I asked about weather for my trip, they said it was going to be cool at night, which I already knew and that a storm was coming, scheduled to come in Friday or Saturday. Since I wasn't planning on being around, it didn't bother me, but the forecast was for rain, with snow on the summit of Mt. Lassen.  Let's hope the area gets more of this all winter long.

And there you have it.  My road trip for September.  Please stop by P.J.'s blog and check out the links of others who posted about road trips.