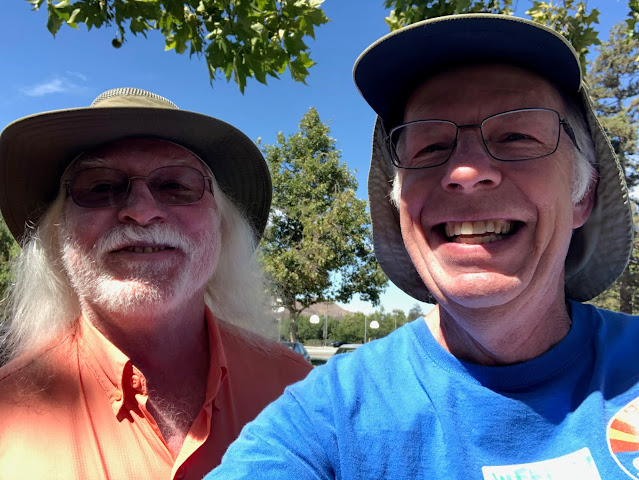 Well, July was a total bust regarding this blog. I had high hopes for the month of July, but the month just got away from me. A trip to the Bay Area during the second week in July fulfilled my retirement goal of an overnighter per month, which is starting to look pretty good for the near future at least.

And I was able to get out and take some photos, so P.J.'s monthly photo blogging challenge looks doable this month as well. With these photo blogs, I usually don't try to think about the theme very much and then when the month is ended, I look at the shots I've taken and see if they fit into the them for the previous month. Sometimes, it's really easy, sometimes, I don't participate because I didn't take anything that I felt fit the theme.

This month's theme was happy and I think I was able to get five shots that fits the theme pretty well. So without further adieu, I give you my take on the theme happy. 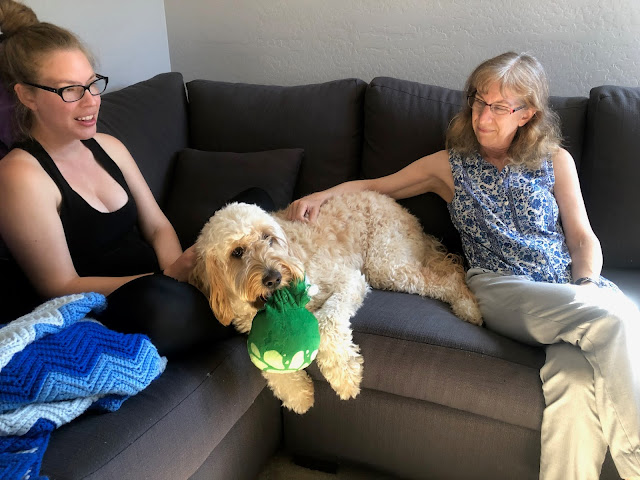 Most of you who have been following along know I decided right from the get go that I wouldn't expose myself unnecessarily and so things that didn't need to be done, didn't get done, like getting my haircut. Several of my friends took the same tack, one of them being John, a fellow geocacher. We both had gotten our last haircut in February of 2020 and had only seen each other via Zoom meetings. We joked about the length of our hair and decided to have a contest as to which of us could have the longest hair length by the time the next time we met at a geocaching event. Yesterday, for the first time in about a year and a half, we saw each other at a geocaching event. Since I got my haircut about a month ago, I definitely lost that contest, but it makes me happy that we were able to get together once again.

As always, getting together with family makes me extremely happy. In mid July, my wife and I drove up to visit with two thirds of our kids, both of who live up in the Bay Area with their respective spouses/partners. My youngest was visiting with his partner back east, so he wasn't along for the ride, otherwise it would have been the first time the entire family had been together face to face, since before the pandemic began. 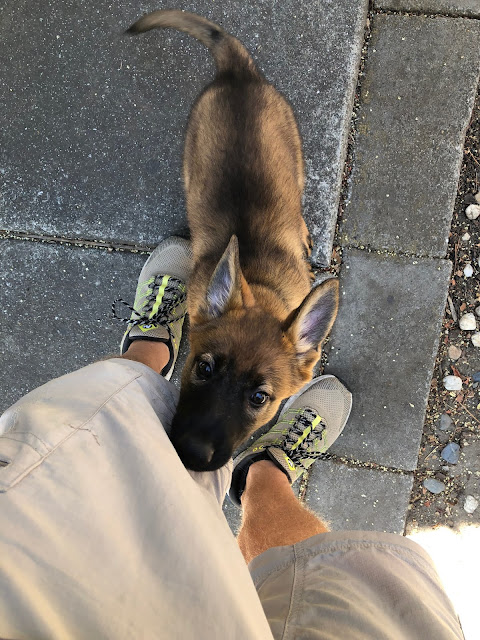 We also got to meet my daughter and son-in-law's new dog. I say new, since we'd never met her before, but they've had her for over a year now. About a week before we got there, my son's partner got a German Shepherd puppy which we also met for the first time. It's been a long time since dogs have been in our households and it was really good to see four legged friends enjoying life under our rooftops again.

I love to travel. I especially love to travel to new places that I have never visited before, but a couple of places are near and dear to my heart, one of them being San Francisco and the Golden Gate Bridge. I think I could sit in the shadow of the Golden Gate Bridge and watch the sunlight and clouds play around its spires for days and days. No matter how many times I visit, I try to sneak in a visit to the bridge and this last trip up north was no exception.

Because I was doing some geocaching related things I also decided that it would be a good time to explore Ft. Point again, located underneath the bridge and to also walk across the bridge over to Marin County. I've done that one time previously about 6 years ago, but it felt like a good time to do it again. I'm not sure I'd do it again, mainly because of the noise and the fact that I've already done it twice, but standing on the bridge and getting different kinds of photographic shots still inspires me and makes me happy, so I won't say I won't ever do it again, because I know in the long run what makes me happy. 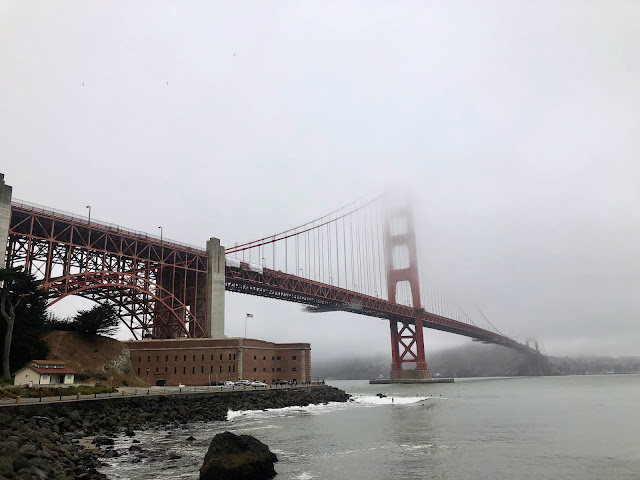 When I originally took this shot, I thought it was going to be a throw away shot, one that I take, because I don't think I've gotten enough shots of a particular subject. I always take more than what I really need to take for this reason, because every now and then, you get a shot that just tends to grow on you. This is one of those shots. I love how the south spire of the bridge disappears into the mist of the cloud bank and how you can barely make out the north spire.

I love the architecture of the bridge and how the bridge was redesigned  to include the arch so that Ft. Point wasn't demolished when the bridge was built. I love that surfers use this area as a gathering spot in which to ply their particular hobby (It's not for me, but that's what makes the world go around, is a little bit of diversity). 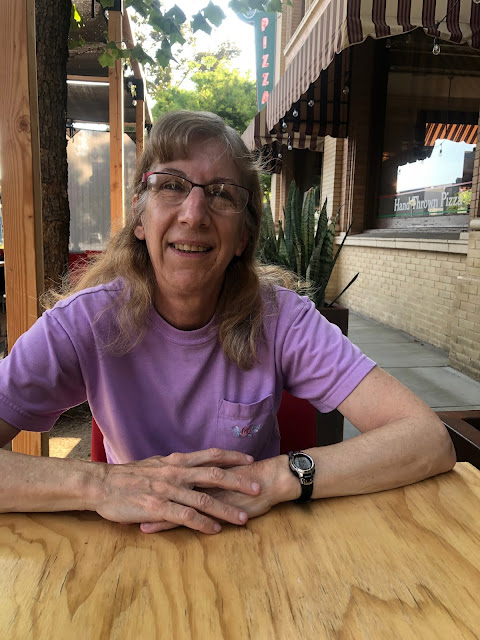 I met her at a party in June 1986 and we were married a year later in July 1987. We've had our ups and downs, but mostly it's been a lot of ups, which makes me very happy.  To this day, I can't for the life of me even begin to understand why she still wants to be around me with all of my faults, so I guess I can consider myself a very lucky man.

I know she doesn't really like this particular photo, but I think it's one of the better photos I've taken of her over the years. It was taken at an outdoor dining venue in town, where we went just to enjoy each other's company and enjoy eating together. I like how it shows her relaxed side. As my daughter says, "Vacation Mom is the best mom."

We don't eat out very often during her regular work year, but when she's on summer vacation, we get to spend a lot more time together. Evening walks to help keep us in shape happen during the summer time and she's expressed an interest in continuing that into the fall and winter months. I'm agreeable to that. And so it goes. But she makes me happy and I hope I make her happy as well.

And that's my take on this month's theme. Stop by P.J.'s page and click on the links at the bottom to see how other people have interpreted this same theme.