The Magic of the Season

This one is a couple of days late, but it's because of the season. Yeah, that's my story and I'm sticking with it. Anyway, this is for P.J.'s Photo Blogging Challenge and the theme for last month was The Magic of the Season. Here's my take on this theme from Southern California. 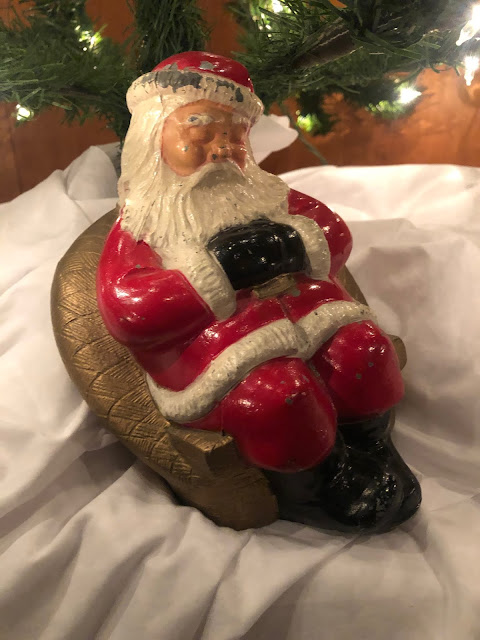 I have no idea how old this bank is, but if I were to hazard a guess, I'd say it's close to 80 years old, possibly older. I do know, however, that it sat under our family Christmas tree every year while I was growing up and it also sat under the family Christmas tree while my dad was growing up. About 20 years ago, my parents gifted it to me and it's held the same position of honor under our tree ever since. Eventually, I'll gift this to one of our children and hopefully, they'll continue the tradition. 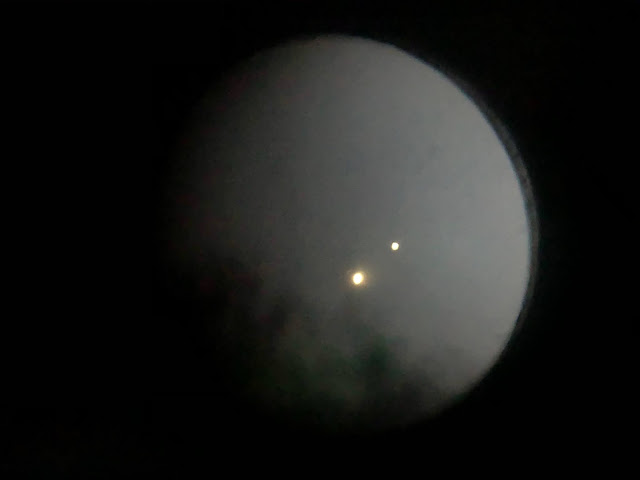 This year we were able to be witness a "once in a lifetime" convergence of Jupiter and Saturn. My youngest has had an interest in astronomy since a very young age. I brought home a videotape about astronomy when they were 5 and they watched it over and over again. The quote I'll remember from that was at one point, they called me in and said, "Dad! This guy's an astronomer! And he gets paid to do it!"

Career choices change over time, but my youngest has had a large scale telescope since they were 5 or 6, so we hauled that out into the back yard to take a look at Jupiter and Saturn. The photo is exceedingly poor because we didn't have the right set up. I was aiming my iPhone through the eyepiece in the hopes of getting a decent shot and this was as good as it got.

What the photo doesn't show was the magnificence of the rings of Saturn, nor does it show three of the four large Jovian moon we could see as we gazed through the eyepiece. It was an amazing show from the heavens and definitely part of the magic of the season, at least this year. 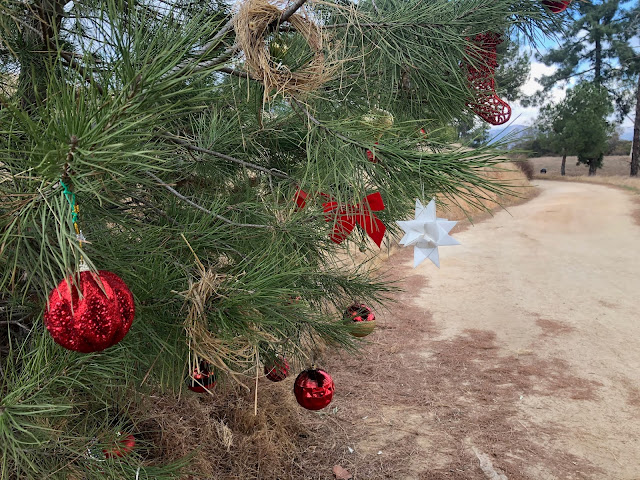 The weather was good for a good portion of the month of December which afforded multiple opportunities for hikes in the foothills  north of my house. Apparently, it's a tradition by some of the locals who live close to the trailhead to decorate a tree near the trail.

This was new to me, but I found this Christmas tree to be quite festive. It's not often you stumble across a decorated pine tree on a trail away from suburbia. 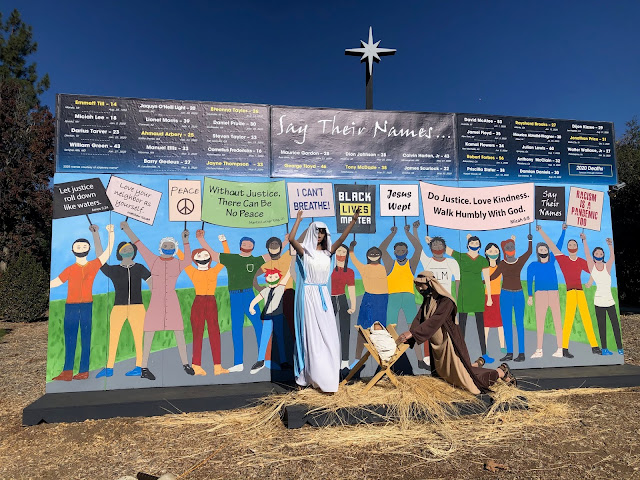 The Claremont United Methodist Church has a nativity scene that fronts Route 66 in our town every year. But it's never a traditional nativity scene. It's always thought provoking, and meant to bring awareness to injustice of some kind. This year, the theme was "Black Lives Matter." You can read their 2020 Nativity Theological Statement here. 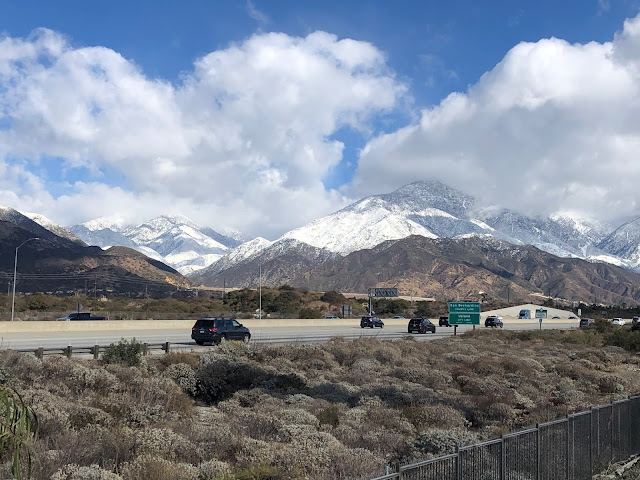 Every year, it's always the same thing. Right around Christmas Day, usually a couple of days afterwards, Southern California gets its first winter storm, which always blankets the local mountains. Then, after that storm, everything clears out and it's always gorgeous. ALWAYS! January 1st rings in the new year and we have sunny, mid 60s weather, with the mountains as our background.

And of course, the Rose Parade (with the exception of this year) broadcasts that weather to the entire nation. Only twice in the past 70 years, has it rained on the Rose Parade - both times coincidentally, when the Grand Marshal of the parade was a U.S. Supreme Court Justice (Earl Warren in 1955, and Sandra Day O'Connor in 2006). Usually, it's "sunny and mild" on New Year's Day.

And I blame the Rose Parade for the population in California. And I first have to place a disclaimer here because I'm not a native born Californian, having been born in Indiana. So I'm a transplant as well, but I had no control over that, since I've lived here since I was 3. But I still blame the Rose Parade. Every year, the great weather gets broadcast to the rest of the country and the conversation goes something like this:

"That's it George. It's time to move to California."

And there's my take on the Magic of the Season. Check out P.J.'s page and read how other people interpreted the theme this past month.