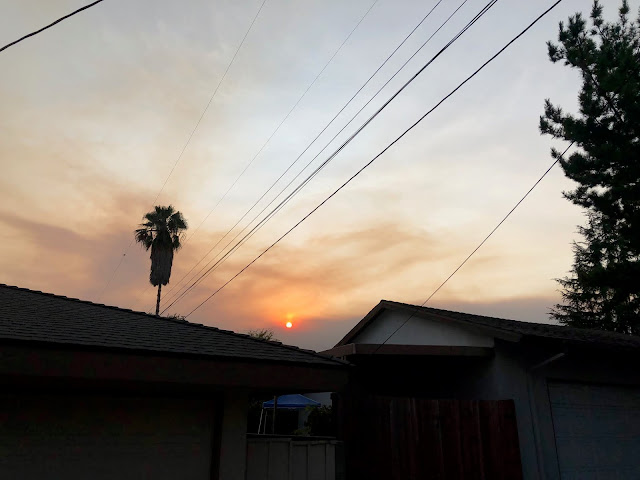 I haven't participated in P.J.'s photo blogging challenge in a couple of months, mainly because I don't like to force my photography, rather I like to let my photography happen and see if anything might fit the theme for that particular month. Needless to say, nothing in my photography in the last couple of months has really fit recent themes, but this month's theme was Snap Away! and I figured anything I took this month would probably work and I've got a few nice shots that I can write about.

Hopefully, this will get me blogging again as it's been almost two months since I've written anything here too. Got into the doldrums with not being able to do much of anything and just didn't really feel like writing anything. I have a variety of subjects I still have in the back of my mind that I want to write about, most notably I'd like to finish up my 2017 road trip. When last we left our intrepid explorers, they were in Abilene, Kansas. But that's for another entry. This is for the photo blogging challenge.

So here we go. 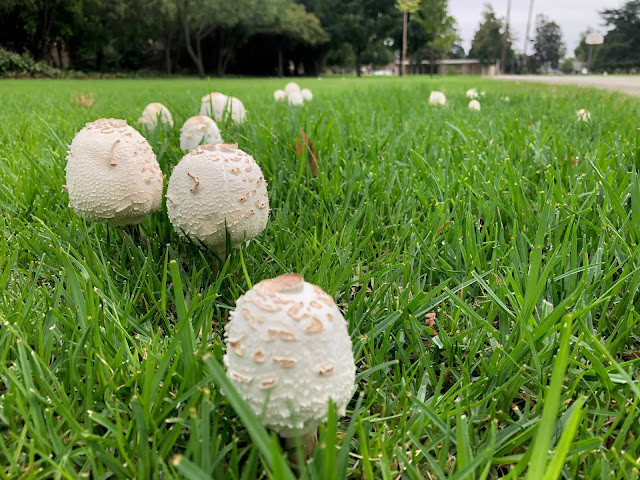 As anyone knows who follow the news at all, the west coast of the United States has pretty much been burning out of control. This shot, which was taken on September 9th, is looking over my garage. The Bobcat fire started on September 6th, so it was relatively new at the time I took that shot, but it just exploded over the past three weeks. As of this writing, it has burned 114,000+ acres and is now only 63% contained. And this is just one such fire in California, let alone the rest of the western states. If you click on the link and back out of the map a little bit, you can get an idea of what the fire situation is like in the western United States. It's brutal and we really have just started fire season now!

Mushrooms don't seem to last very long in an urban area. People like to kick them over as soon as they come up. These particular mushrooms are actually creating a lopsided fairy ring. Unfortunately, the groundskeepers at our local park mow the grass on a regular basis, so the mushrooms don't last very long. The day after I took this shot, most had been kicked over, probably by kids, but they wouldn't have lasted much longer anyway because the grass was mown about two days later. Still it's interesting to see how the grass to the right, and inside the fairy ring, is slightly greener and always taller than the grass on the outside. I'm not sure if this is a product of the mushrooms providing extra nutrients to the soil or not, but I enjoy watching them pop up. 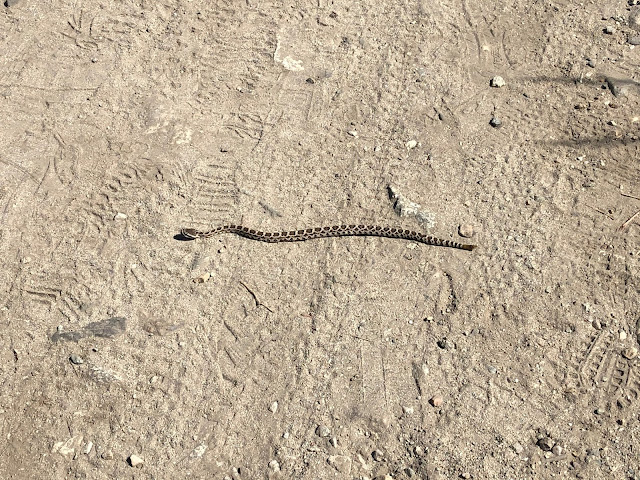 Watch where you walk

Last week, I went on an extended hike for the first time in awhile, due to the excessive heat we've been having here in California. We're having more right now, but this is sort of a "last gasp" of summer before it really gets cooler. Earlier, it was just damn hot, triple digit type of heat.

The reason for this shot, is more of a public service announcement more than anything. I've already posted this shot on Facebook for my friends and hiking buddies, but everyone should consider this shot. First, if you look closely, you will see that this is a baby rattler. How can you tell? First, there is little to no rattle, but it has a nice triangular shaped head, so I knew is was a rattler right away. Second, if you look at the footprints, you can see the snake is very small, compared to the footprints. Adults will get several feet in length. This one was no more than a foot long, just sunning itself in the middle of the trail. 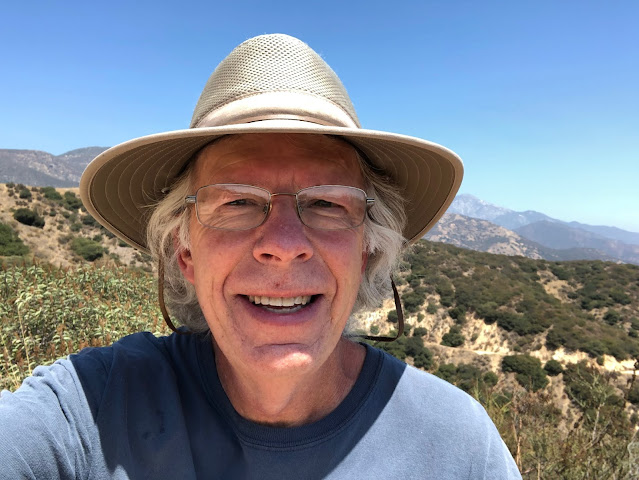 When I hike, I usually scan several paces ahead of me, just in case I encounter something like this, so I was aware of it and stopped short. People not paying attention might have stepped right on this one. Once I got my shot, it decided that I was bigger than it was and it turned tail and headed back into the bushes and I made a wide berth around it on the other side of the trail. Thing to note is, not more than 100 yards (meters) to the right of this shot are residential houses. We live in their homes, so we should not be surprised if they show up in our back yards.

My last haircut was on February 12th. For those of you keeping track at home, that's 7 and a half months, for a guy who usually keeps his hair closely cropped, it's pretty much out of control at this point. I haven't felt comfortable going back to my barber to get it cut and so it continues to grow. This shot was taken on September 1st, so it's had another month to grow since then and it's almost as long as it was when I was in college, when it was "fashionable" to have long hair. I've been told to embrace the shaggy and I have done that, but my wife still likes a clean shave as opposed to a "Grizzly Adams" type of look, and so I still keep my face shaved for her sake. 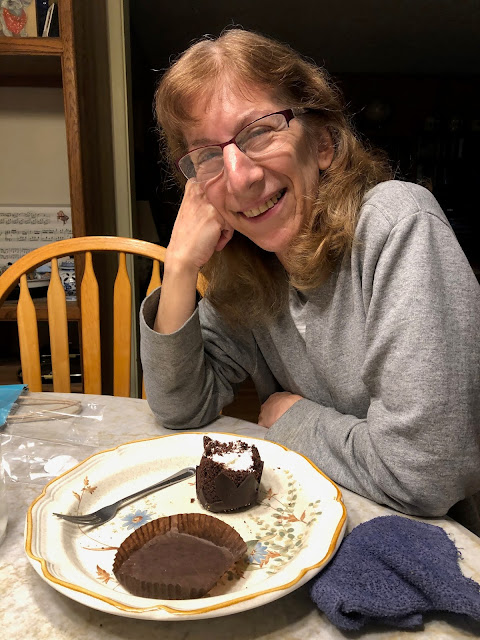 I have had a beard from time to time, but the last time was the year before I retired. I shaved it off on the last day of school 2018 and haven't had one since. A co-worker said I reminded her of the movie character Benjamin Button, because it appeared that I was aging in reverse as I approached my retirement. Whatever works I guess. I wonder if it still looks like that however?

I took this photo when we were celebrating my youngest's birthday. My daughter ordered Ding Ding Dongs from a local bakery. We used to live right next door to the owners, so we're trying to support our friends and some local businesses at the came time. Cucamonga Cakery has a Facebook order form where you can order and then pick up on Saturdays, so if you live in our local area consider supporting a local business. Now after my shameless promotion, back to my better half.

She has become harder and harder to photograph over the years. I'm not sure what it is, but I used to be able to get, what I considered really good photos of her, but recently, I haven't, which is why I'm very pleased with this shot as it's one of the best photos I've taken of her in probably five years or so.

And there you have it. This is my five shots for P.J.'s photo blogging challenge for the month of September. Please stop by his site and check out how others interpreted the same theme. I hope you enjoyed my shots and I have to admit, I really enjoyed going through the shots I took this month to come up with five that I could really write stories about. Here's looking forward to writing more about more of my wanderings.